Margaretta M. Lovell, the Jay D. McEvoy Professor of the History of Art at the University of California, Berkeley, received her Ph.D. in American Studies at Yale and specializes in American and British art, architecture, design, and literature. She is also affiliated with the American Studies and Folklore Programs, and teaches courses on the American Forest, the American House, American Food, the Berkeley Campus, Collecting, Folk Art, and the Arts and Crafts Movement as well as more broad-brush surveys. Her scholarship has been supported by fellowships, residencies, and research grants from the John Simon Guggenheim Memorial Foundation, the American Philosophical Society, the American Council of Learned Societies, the American Antiquarian Society, the Huntington Library, the Rockefeller Foundation, the Terra Foundation, the University of California (Chancellor’s and President’s Fellowships), and the National Endowment for the Humanities. Her major publications include Art in a Season of Revolution: Painters, Artisans, and Patrons in Early America, awarded the Eldredge Prize by the Smithsonian American Art Museum, and the pre-1800 book prize from the College Art Association’s Organization of Historians of British Art, and A Visitable Past: Views of Venice by American Artists 1860-1915 which received the Ralph Henry Gabriel Prize of the American Studies Association.

Current research interests include eighteenth-century American painting and decorative arts with an emphasis on artists, artisans, their markets, and their patrons; nineteenth-century American painting (especially landscape painting) and aesthetic theory; and vernacular aesthetic theory in late twentieth and early twenty-first century American photography, painting, and design. She is working on a book on Fitz Henry Lane, and an exhibition of the landscape paintings of Wayne Thiebaud. She has two daughters, one a physician and the other a biologist. 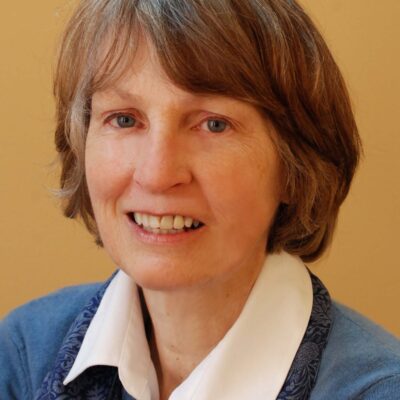