After graduating in 2012, Yi-Ning worked briefly for an online education startup before returning to the American Studies department, where she was a section leader for American Studies 10: “Hollywood: The Place, the Industry, the Fantasy.” After continuing to work as a Reader for American Studies courses and co-pastoring the college fellowship of Ark Ministries of Berkeley, a local non-denominational, multi-ethnic church, Yi-Ning joined the team at Year Up, an award-winning national 501(c)3 organization striving to close the Opportunity Divide by equipping urban young adults ages 18-24 to reach their potential through professional careers and higher education. She works there as an Internship Services Specialist.

Glory and Honor of the Nations: The Promise of Multicultural Theological Formations in Evangelical America

Yi-Ning Chiu’s thesis outlines the experiences of evangelical Christians of color living in the United States between 1950 and the present, and situates their experiences within the broader narrative of evangelical Christianity in America. Using interviews with ethnic evangelical students at UC Berkeley, writings on spirituality produced by ethnic evangelical communities, and a study of historically significant interactions between ethnic and white evangelicals in America, it paints a portrait of evangelical Americans of the past half-century. With this portrait, it challenges the pervasive notion that evangelicalism equals whiteness and conservatism, and then traces the ways in which ethnic believers have occupied and shaped America’s religious landscape alongside their white counterparts. 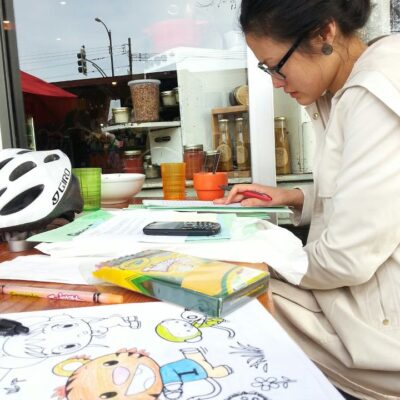