UC Berkeley and the American Studies department have afforded Tommy a newfound voice and confidence that he graciously embodies. While he finalized his senior honors thesis on trans*undocu individuals in America, Tommy apprenticed on three local queer films to indulge his creative instinct. He also completed his Board of Immigration Appeals Level 1 Accredited Representative status with Educators for Fair Consideration (E4FC) and was hired as their Legal Services Coordinator in June of 2015. Tommy plans to attend law school in the fall of 2017 so that he may continue empowering and supporting LGBTQ and undocumented communities. Tommy feels fortunate to have the support of his wife, Clara Mae, with whom he loves exploring the American landscape via road trips and someday plans to travel beyond U.S. borders.

Tommy Statkiewicz : - Trans*Undocu in America: An Intersectional Dream (Class of 2015)

While there has been an increasing focus on transgender and undocumented communities in the last two decades, there has been limited focus on the intersectionality of the two identities, referred to as trans*undocu within Tommy Statkiewicz’s honors thesis. The current attention on trans*undocu women from Mexico and Central America in detention centers deserves awareness and immediate action, but many more trans*undocu individuals from various countries of origin and points on the transgender spectrum need to be heard as well. However, this is not just a trans*undocu issue; injustices experienced by trans*undocu individuals are also experienced by the larger American society. Trans*undocu individuals face racial profiling, are denied health benefits, are targets of violence and sexual harassment, and face family rejection, among other obstacles that each American can relate to because it has happened to them or someone they know. And yet despite the layered hurdles faced by trans*undocu individuals, their resilience to live life authentically and their desire to take part in the American Dream too is shared by each American. This narrative cannot be ignored because the trans*undocu story is an American story. 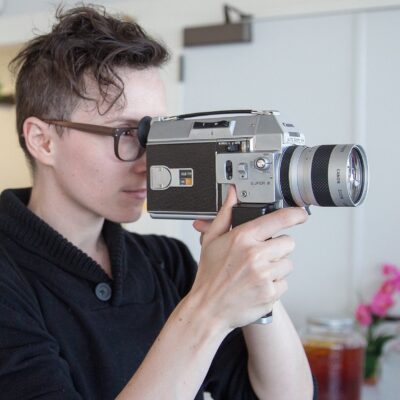