Tanvi is pursuing their technical curiosity at a cybersecurity company, Cloudflare, where they are a business development representative. They keep up with their love of theater by writing reviews for online newspaper, Theatrius, assistant directing professional productions, and coaching actor friends.

Beyond Human: Augmented Reality Technology and the Making of Human 2.0

Tanvi’s honors thesis explored the future of augmented reality. Drawing on the work of media theorists Nathan Jurgenson and Inge Hinterwaldner, Tanvi invited their readers to view AR technology as an infinite number of interfaces that can be interacted with, and thus hold to possibility to launch humans into a world of human augmentation, transhumanism, or “human 2.0.” Arguing that AR is not an elitist technology, but one that has not become ubiquitously useful yet, Tanvi’s honors thesis adopted the theory that AR development starts with consumers as a grounds for experimentation for developers, then moves into areas in which it makes the most impact, such as in medicine and engineering, before it returns to consumers in forms/interfaces that are most useful to them. The core goal of this project was to center the positive evolutionary idea of human 2.0 and the elevation of human capability beyond what is naturally/organically/primitively possible. 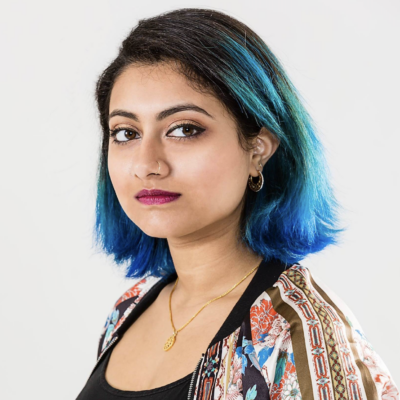