Sarah Sexton - Race and Gender in American Music and Film

Sarah Sexton is the owner & co-founder of OIM Records, an independent record label based out of Oakland, CA. She has spent the last 8 years as a talent buyer for a variety of Oakland music venues, a go-to curator for music festivals and crawls through the East Bay area, and as a minion for music industry greats such as AEG Live and High Road Touring. Since finishing her Bachelor’s degree in UC Berkeley’s American Studies program in 2019, she was hired to open, staff, and manage the music streaming platform Bandcamp’s premier record store and performance space in the heart of downtown Oakland’s entertainment district. Sarah currently resides part time in Oakland and part time in Maui, Hawaii where she plans to open an artist-in-residency program on the island. When she’s not starting record labels or booking artists, she’s off causing trouble, trying not to get caught, and never saying sorry. Get it Kitty.

Radicalizing The Mainstream: An Analysis of Boots Riley's Film Sorry To Bother You through the lens of Oakland Social Movements from 2009 to 2018

Oakland has long been a site of subversive political resistance. Whether via community advocacy or popular culture trends, there has always been a thread to follow when seeking to understand the dark underbelly of American racial, class and gender politics. The Town, acting as a beacon for revolutionary underdogs and artists for change, has consistently transcended local community—directing national trends, and dishing up topics of discomfort for “white America” into the national public sphere for discussion. These parallel paths of politics and art that have commanded America’s attention culminate in Oakland as a prime case study of the ways that the work of a local community can create and sustain momentum within the greater public eye and rattle the cage of our reality. Sarah’s honors thesis illustrates this potential by analyzing social and political concepts explored by musician and filmmaker Boots Riley in his debut film, Sorry To Bother You, through the lens of three Oakland based social movements between the years of 2009 to 2018. These movements include Black Lives Matter, Occupy Oakland, and the Ghost Ship Warehouse Fire. While each of these topics have made their way into Riley’s repertoire because they intimately affected the city he calls home, they also tackle underlying issues that incubate problems for people of myriad backgrounds; such as police violence, income inequality, and gentrification—thus enabling a grander conversation of dissent at a national scale. 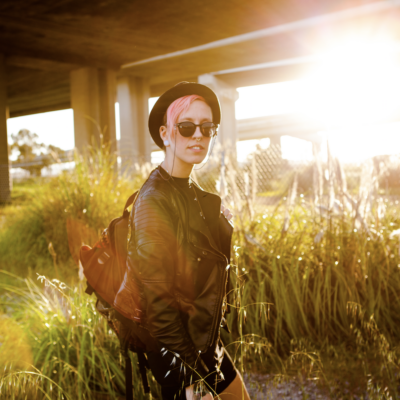