During the summer following a May 2013 graduation, Jen worked as a public housing organizer for a community-based organization in the Lower East Side of New York City. She is currently working toward a Master’s in Urban and Regional Planning at UCLA, with a focus on community economic development and housing. She is most interested in learning about alternative development models and plans to continue organizing for more equitable communities.

Jen Kim’s honors thesis analyzes the housing and development policies under Jerry Brown’s mayoral administration during the late 1990s in order to better understand the current development patterns that are radically transforming the city of Oakland. Jen argues that Brown’s 10k housing initiative and the community’s response to the program mark an important “affordable housing moment” that has influenced the trajectory of neoliberal local development and oppositional organizing strategies. Using a Right to the City framework, Jen explores the themes of power, politics, and planning that shape urban development not only in Oakland but also in every major city across the U.S. 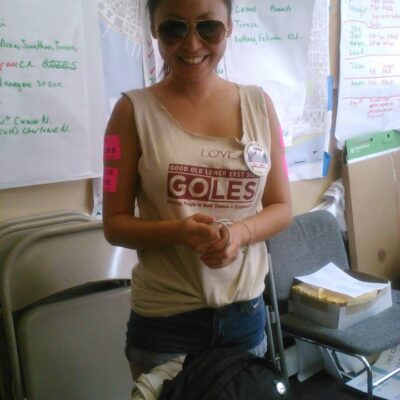