After graduation, Isis plans to build a career that excites her passion for communication, digital marketing, and social media. Starting January 2016, she will be working full time as a Market Development Representative for a technical recruitment company called TalentBin in San Francisco. Isis’s ultimate academic goal is to return to school in 2018 to pursue a Master’s of Business Administration and a Master’s of Public Administration. These degrees will allow her to make a practical impact on how business institutions intersect with ideas of race, sex, class, gender, and disability.

A moral panic erupted in the 1980s when stories about crack cocaine saturated the American media. Isis’s thesis outlines social thought about drugs and drug use in the 1980s, explores medical opinion about drug use, compares how policy and law were developed, analyzes propaganda depicting Black women as drug abusers, and ultimately develops a deep historical reading of the emergence and effects of the “Just Say No!” campaign. In her thesis, Isis argues that the campaign’s slogan and practices reflect a “pick yourself up by your bootstraps” mentality that is embedded in American culture and that is directly reified in structural inequality. 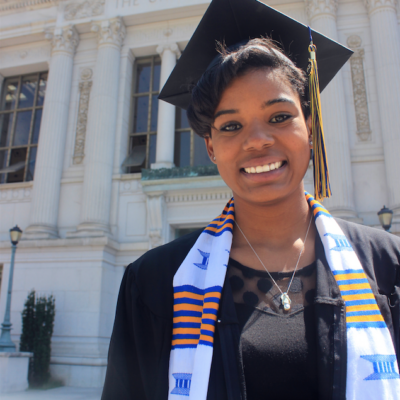