One month after graduation, Hunter packed up and moved to Melbourne, Australia, on a yearlong work and holiday visa. In addition to exploring the country, he is currently working in advertising for the Australian Traffic Network, where he is putting his area of concentration to work. Before returning to the U.S. either to continue a career in media or to pursue a graduate degree, Hunter plans to visit more of the South Pacific.

Over the course of Hunter Cobleighs thesis, the 2016 Netflix release of Marvels Luke Cage is explored as the revolutionary creation of a Black universe with a Black perspective and voice. The broader cultural, social, and political significance of the series is unpacked via close readings of character development and selected story arcs and scenes. In particular, Hunters thesis traces the development of the titular character from the 1970s era Power Man, a veritable side kick in disco attire to the black-hoodie clad 21st century avatar of #blacklivesmatter. 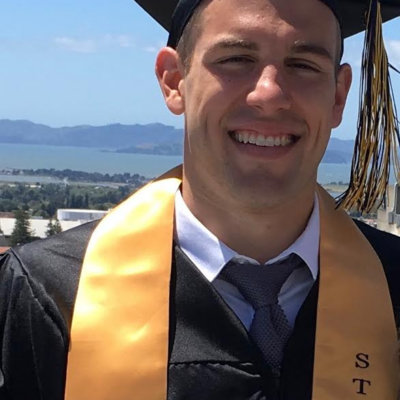