Alec Kassin - Policy, Politics, and Sport in the U.S.

Alec, the Departmental Citation recipient for 2016, graduated with Highest Honors after a longer-than-expected college career, marked by a high of spending a year studying abroad in France, and a low of taking a year off from Berkeley due to a back injury. In the summer after his graduation, he plans to work as a camp counselor for an American-style summer camp in Japan, helping Japanese youth learn English by participating in American sports. In October, he will begin work in LinkedIn’s Business Leadership Program, rotating through multiple sales units before taking on a full-time role in their Global Sales Organization. Though his long-term plans are unclear (they may consist of a return to academia to earn a Master’s in Public Policy, a run for political office, or both), Alecs ultimate goal is to have a career through which he can find fulfillment helping others. Right now, Alec is engrossed in learning about the causes, effects, and possible solutions to widening inequality in American society.

Alec Kassin : - "Caught Stealing: The Major League Baseball Players Association A Union for the Few at the Expense of the Many" (Class of 2016)

With $3.5 billion to divide between roughly 1,200 baseball players each year, the Major League Baseball Players Association (MLBPA) is described by members and scholars as the most powerful union in the country. When the then-ineffective MLBPA was founded in 1953, private sector unionization was at its zenith. Today, the MLBPA is at the height of its power at a time when private sector unionization has hit a nadir, with a mere 6.6% of Americans unionized, down from a peak of 35% in the 1950s. In this context it can be tempting to regard the MLBPA as a formidable outlier that has successfully bucked the trend of deunionization, but the reality is far less uplifting. To achieve success, the MLBPA has actually repressed low-level workers within the same industry, thereby creating a microcosm of our current era the New Gilded Age, defined by a growing divide between rich and poor in professional baseball. This repression has come in the form of restricting minor league player rights and is exemplified by the unions actions during the 1994-1995 player strike, the rollback of baseballs antitrust exemption, and changes to the format of the amateur draft. At the same time, a shift from policies that benefit the largest number of players to ones that favor superstars has resulted in rampant individualism within the baseball world and has perhaps been to the detriment of the well-being of the union. Alec Kassin’s senior honors thesis illustrates how a large concentration of labor power shared only by a few select workers within an industry can be just as problematic for lower level worker rights as a large concentration of corporate power. 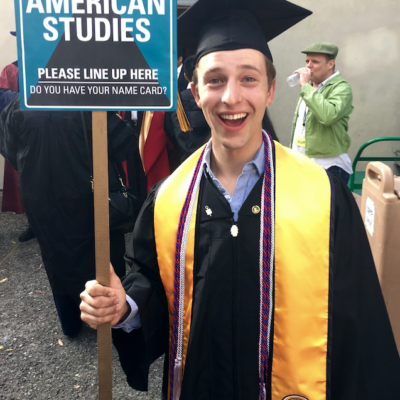